“My customers are my best friends.”

Our Dad, owner of Cook’s and our sister company R. R. Lochhead Mfgr. Co., died Mar. 3 with Emilie, his wife of 72 years, and his family at his side. 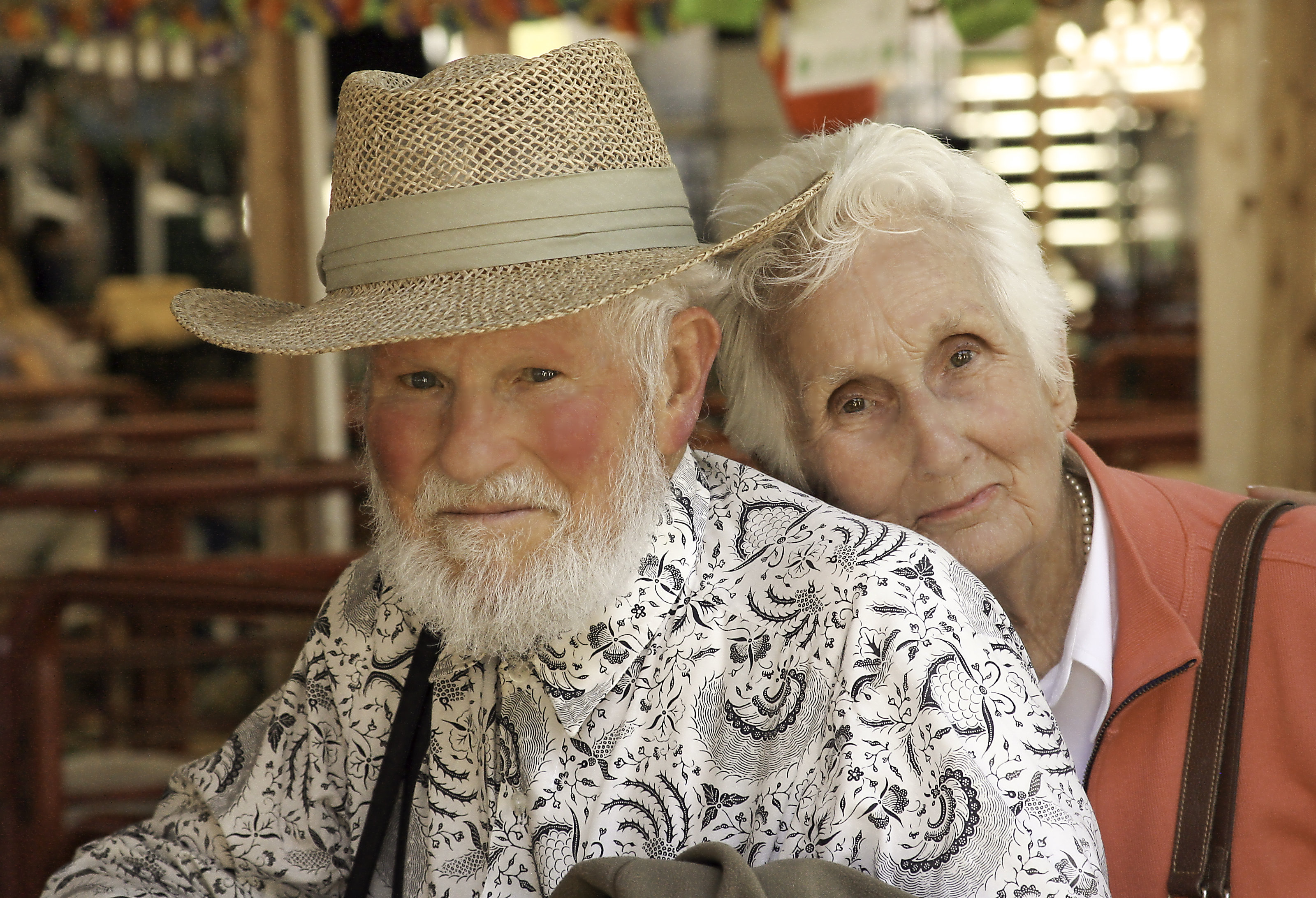 Ray Lochhead was an extraordinary man. He created all that we are. We will forever strive to embody his legacy.

Dad loved his product, loved his customers, and loved working.

His guiding principle was quality. All his five kids worked in the factory and we heard it endlessly. 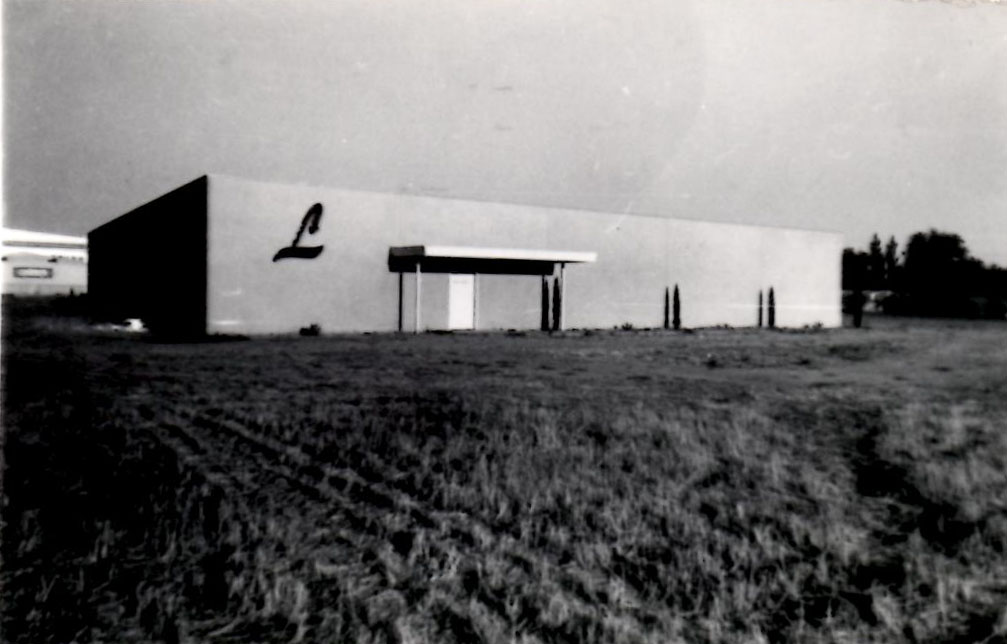 “Stick to quality,” he’d say. “Anyone can do junk. Not everyone can do quality. We provide our customers the best product at a fair price, without compromise.”

He loved that people loved his vanilla. He often cautioned us never to claim that ours was the best, out of respect for his competitors, but he knew that no one made better.

Ray was born to vanilla. His father Angus, a Scottish immigrant and master salesman, founded Lochhead Manufacturing Co. in St. Louis in 1918, a century ago, where Dad and his four brothers learned the business. Ray went to Caltech to get his chemistry degree, studying under Nobel laureate Linus Pauling and falling in love with California.  Dad credited much of his success to Caltech. 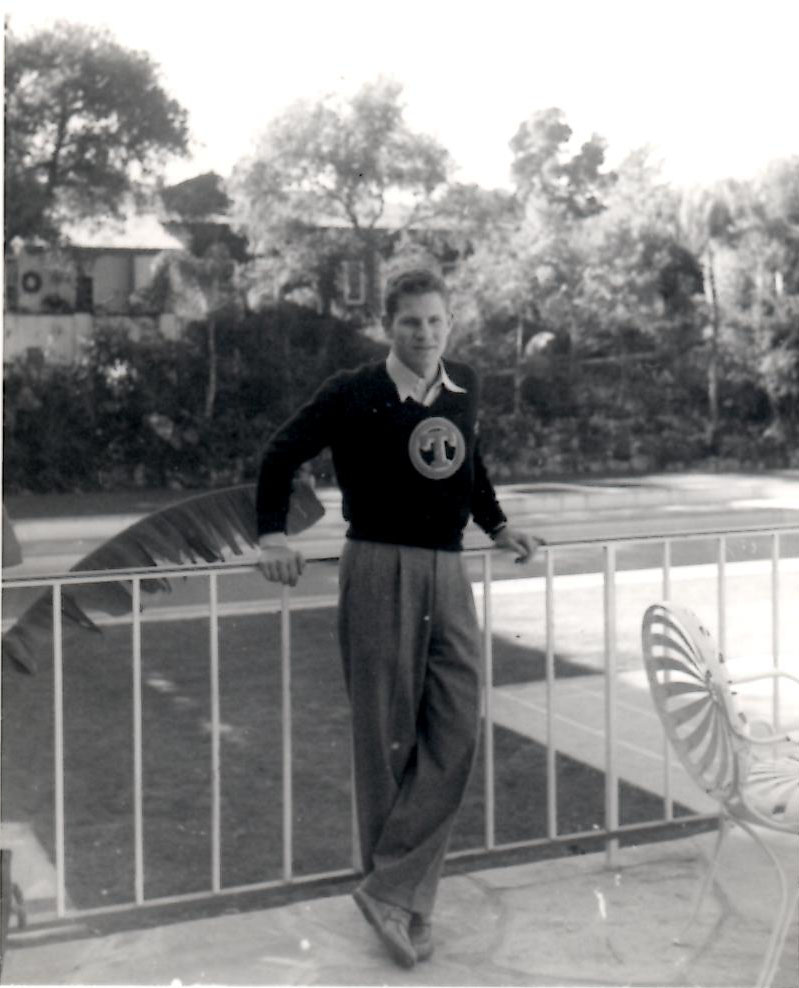 In 1963, Ray struck out to start his own business, R. R. Lochhead Mfging. Co., choosing an obscure little town named Paso Robles for his new factory. Always practical, Dad thought Paso Robles had excellent flying weather for the single-engine Cessna he used on his sales calls, and central access to Los Angeles and San Francisco. 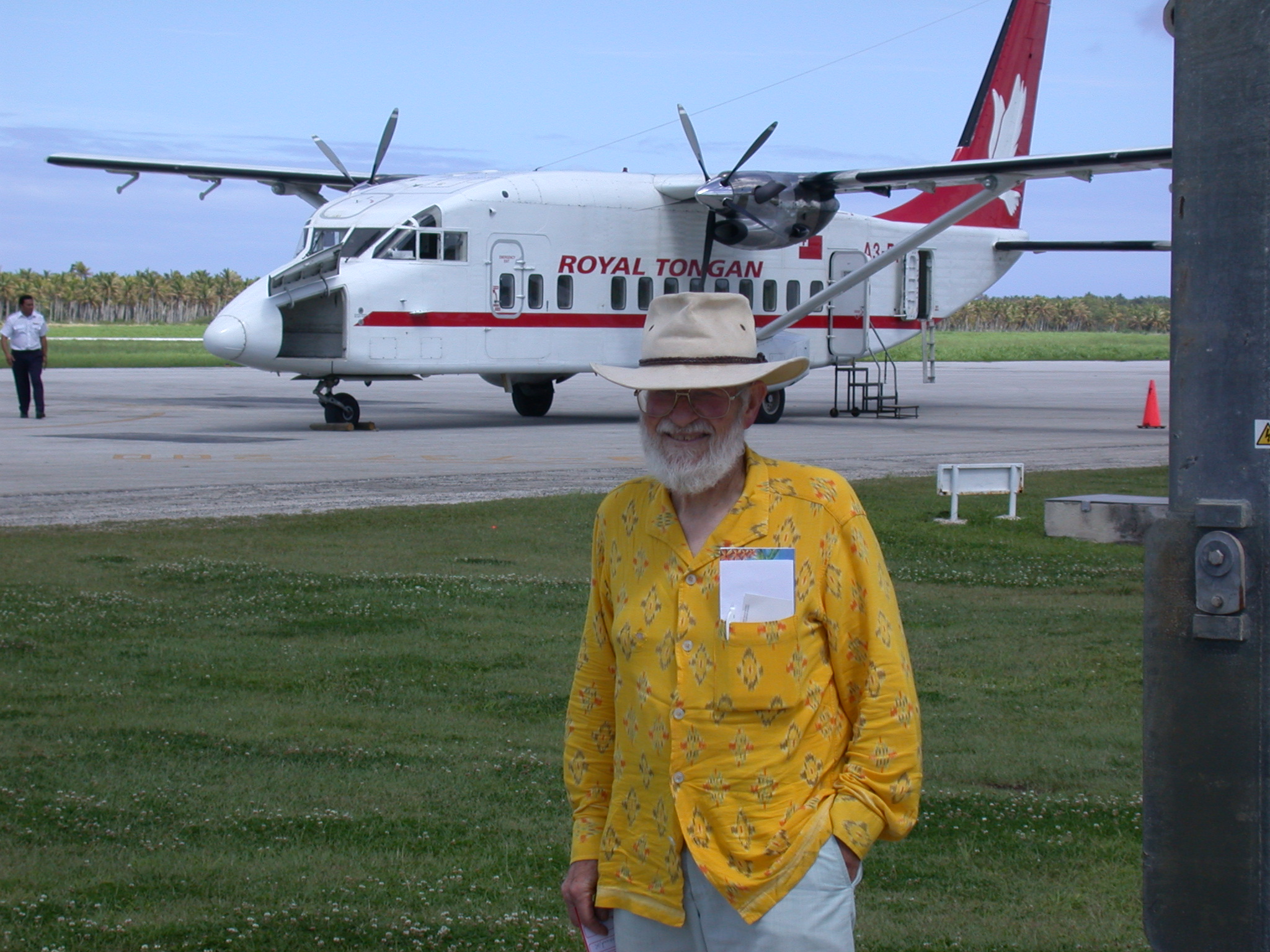 With three of his children soon to go to college, Dad started selling. One day he drove home from L.A. in his ‘53 Studebaker, reporting to us that he had made his first sale in California. It was to Fosselman’s Ice Cream of Alhambra, for 8 gallons of pure vanilla. We are proud to tell you Fosselman’s remains our customer today.

Dad built much of his own equipment, including his gas chromatograph for flavor chemistry. But he didn’t yet have a bean chopper. So he rounded up Emilie and four of us — his youngest, Cook president Josephine, was a baby — handed us kitchen knives, and we set about chopping 320 pounds of beans for his first percolator of vanilla. He said it was the best batch he ever made. 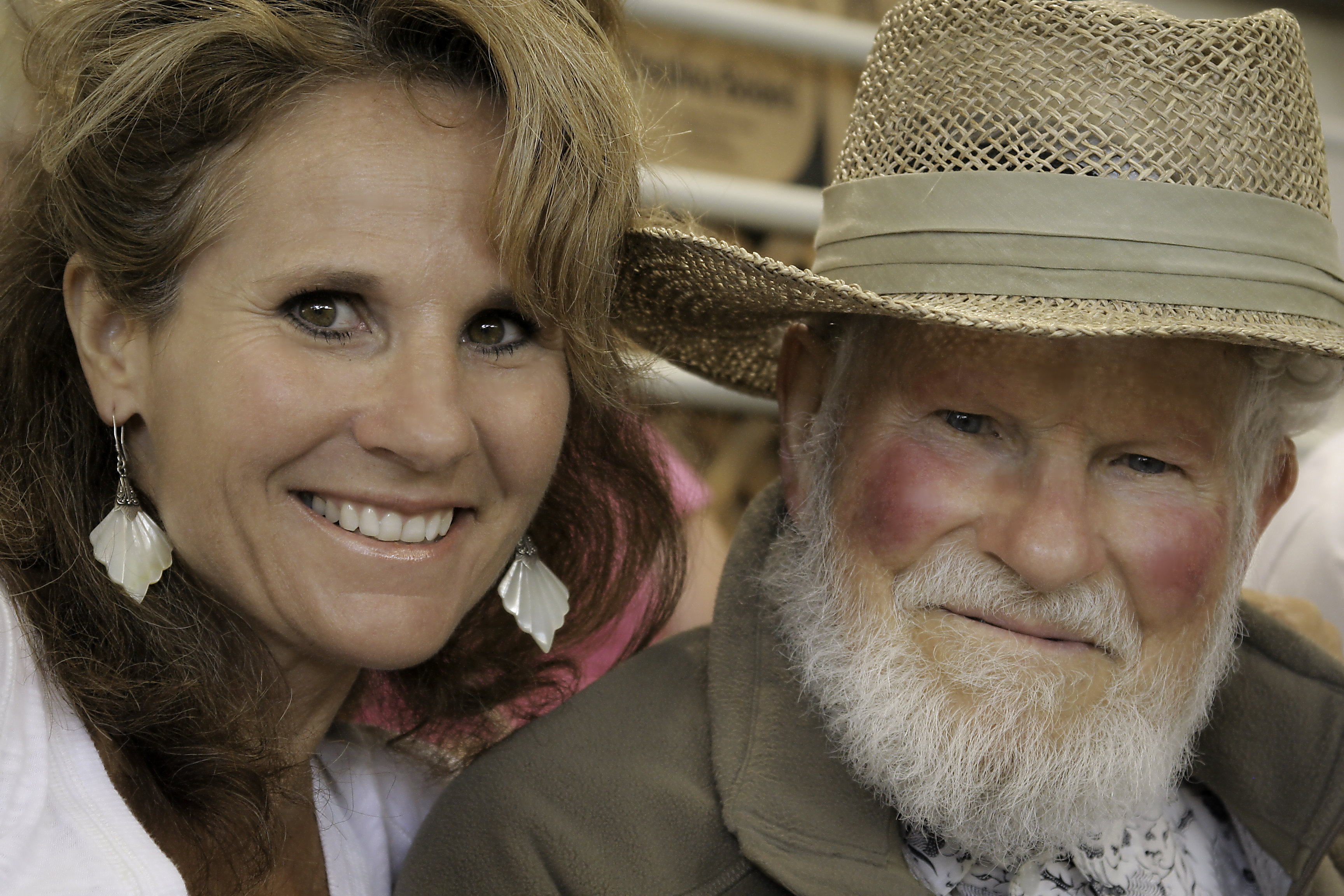 Ray’s mastery of flavor chemistry, his love for people, and his unconventional approach to life soon created a legend.  He sawed a Honda 50 motorcycle in half so it would fit in the back of his Cessna, fashioned a hinge, and reassembled the motorcycle when he landed, strapping on his briefcase for sales in the San Joaquin Valley. He flew across the West, especially Utah, the land of his Mormon faith, to sell his vanilla.

Ray Lochhead was a synonym for doing things his way, never worrying what other people thought. He wore Scottish plaid pants or Polynesian shirts to fancy corporate offices. Raised in the Depression, Dad was frugal, driving old cars that he fixed himself, and never hesitated to board a Greyhound bus.  He vowed never to borrow money, and never did, placing his faith in himself and his product.

We once met a salesman who asked if we were any relation to Ray Lochhead. He told us he used to have lots of vanilla accounts, but after Dad arrived, all his customers wanted to talk about was Ray Lochhead’s cut-up motorcycle and his vanilla stories. 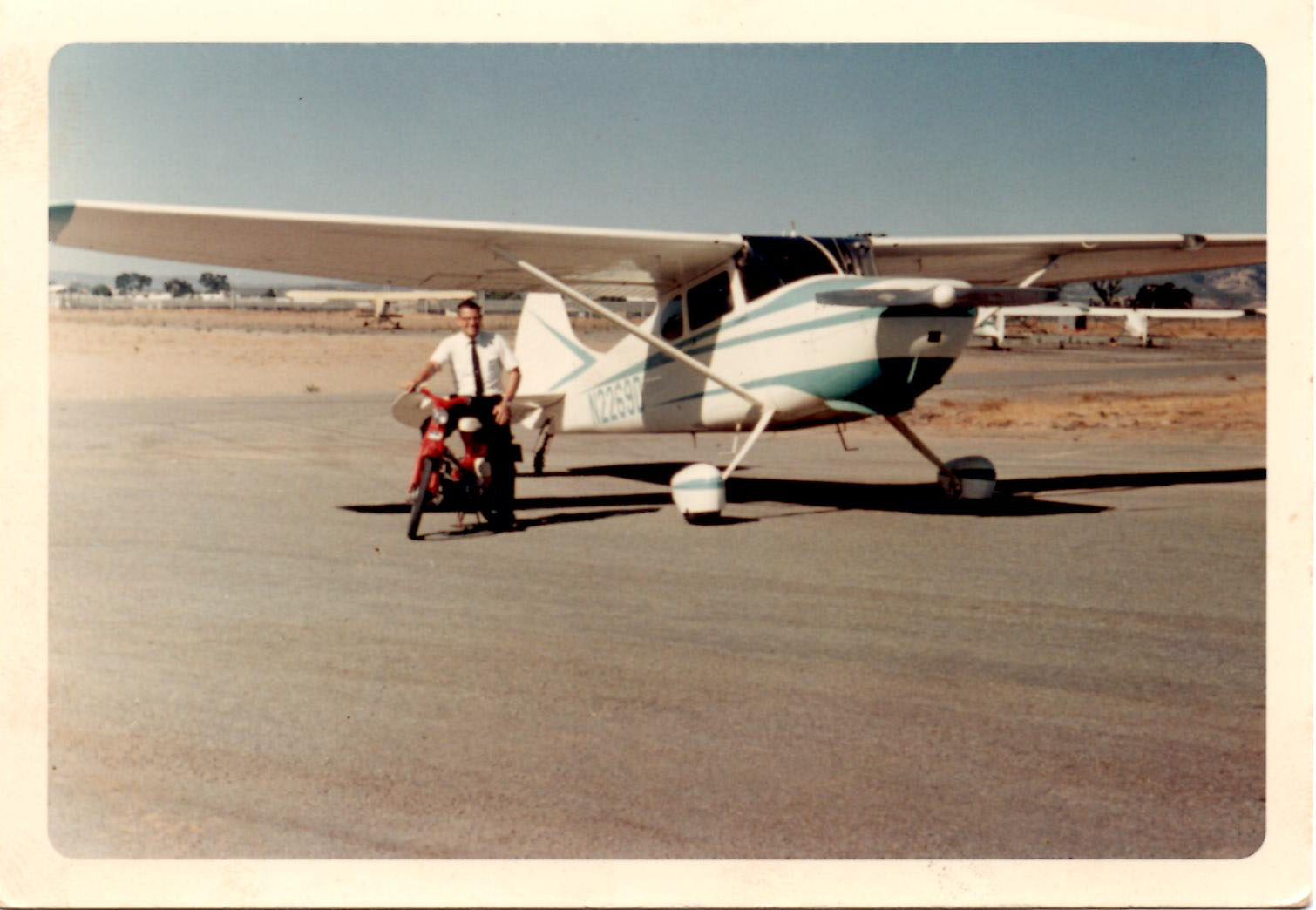 Ray’s customers became his friends. They sought his technical advice and personal counsel. Once he raced down to L.A. when a customer couldn’t figure out what was wrong with their cake production line. He spent the night in the plant testing samples, and fixed the problem. Dad saw problems as something to solve.

One of Dad’s customers was Ken Cook, former president of Dreyer’s Ice Cream. Ken thought so much of Dad’s vanilla that when he left Dreyer’s, he set up his own retail marketing company, Cook Flavoring, and asked Dad to supply him the product. When Ken died, his widow sold Dad the company. Today we manufacture under the Cook’s and R. R. Lochhead labels. 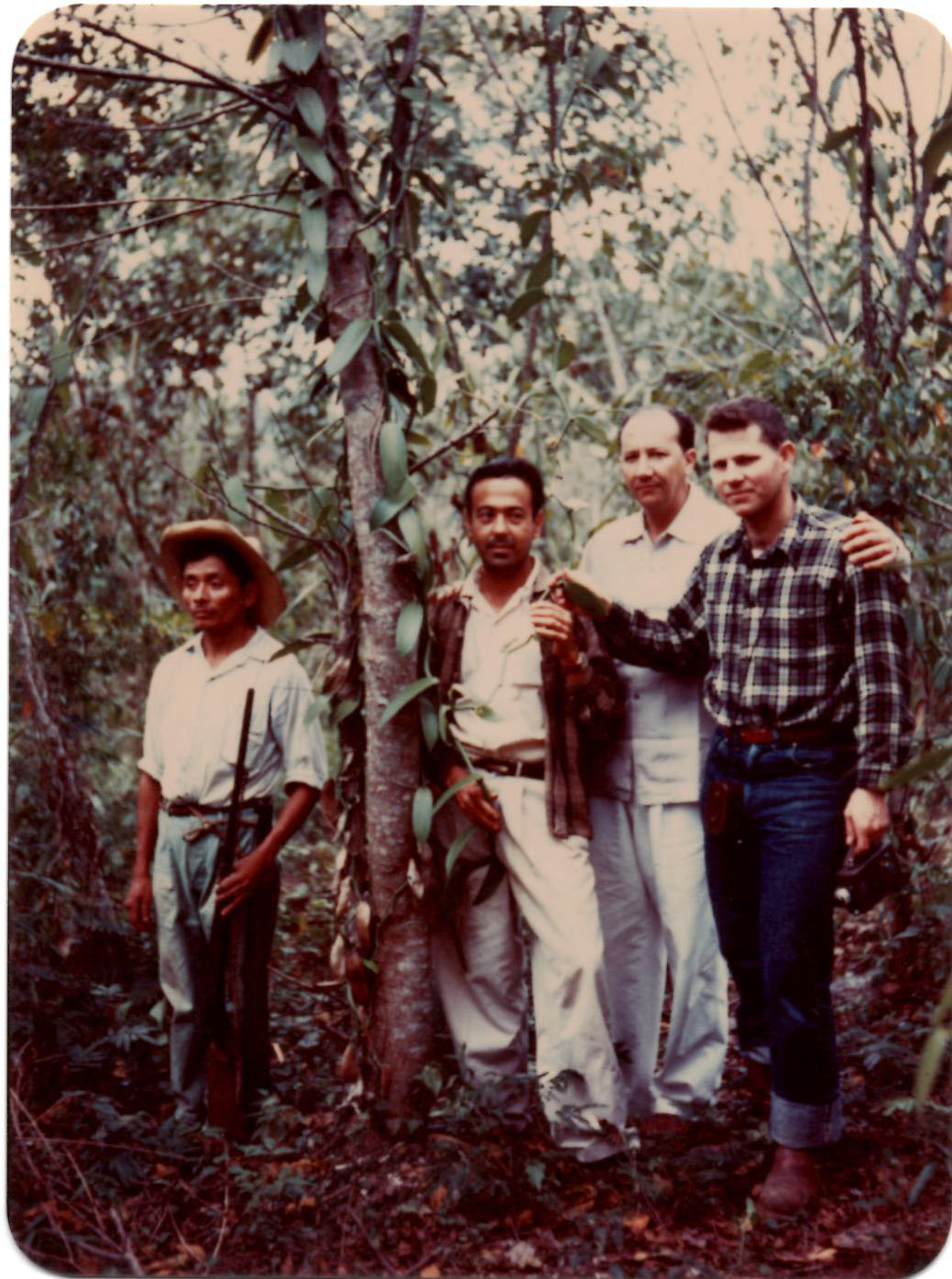 Ray was a pioneer in sourcing his own beans, starting in Mexico in the 1950s. In the 1960s he traveled to Madagascar, where he loved the country but narrowly escaped arrest as he sought a way around the former government’s bean monopoly. 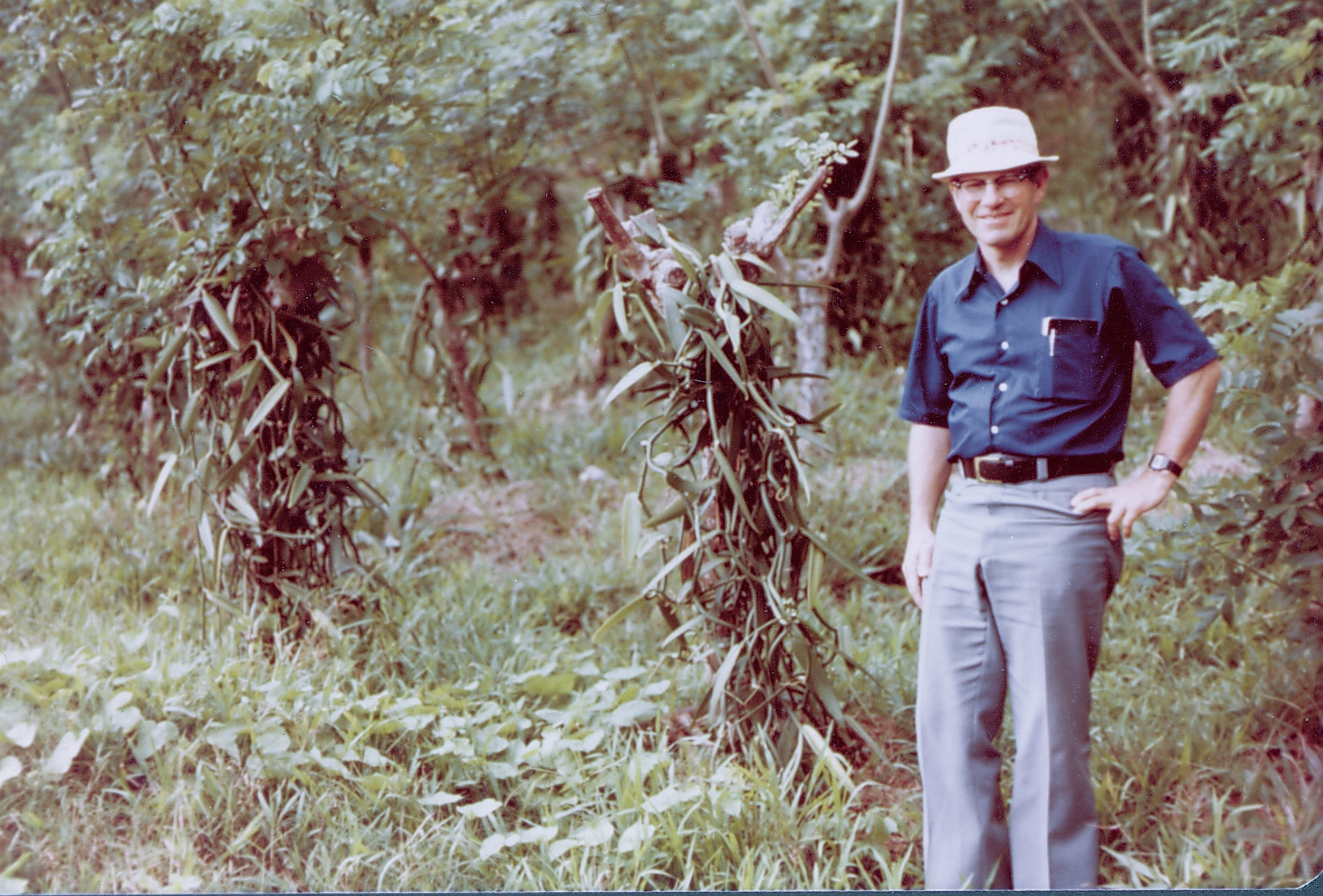 Undeterred, Ray bought a one-way airline ticket around the world, stopping across the Tropics to find new sources.  In the 1970s, he established his own plantation in Fiji and set up curing operations in the Kingdom of Tonga, Tahiti and Bali. He set out not knowing anyone, and returned with friends and business partners. His goal was to vertically integrate his company to ensure quality from bean to bottle. We continue to do so today.

Dad raved about Tonga’s volcanic soil, its people, and the giant, beautiful beans they produced. He pitched a tent in the Fijian jungle to start his plantation. He stayed with people he met, slept on their floors, made them his friends. 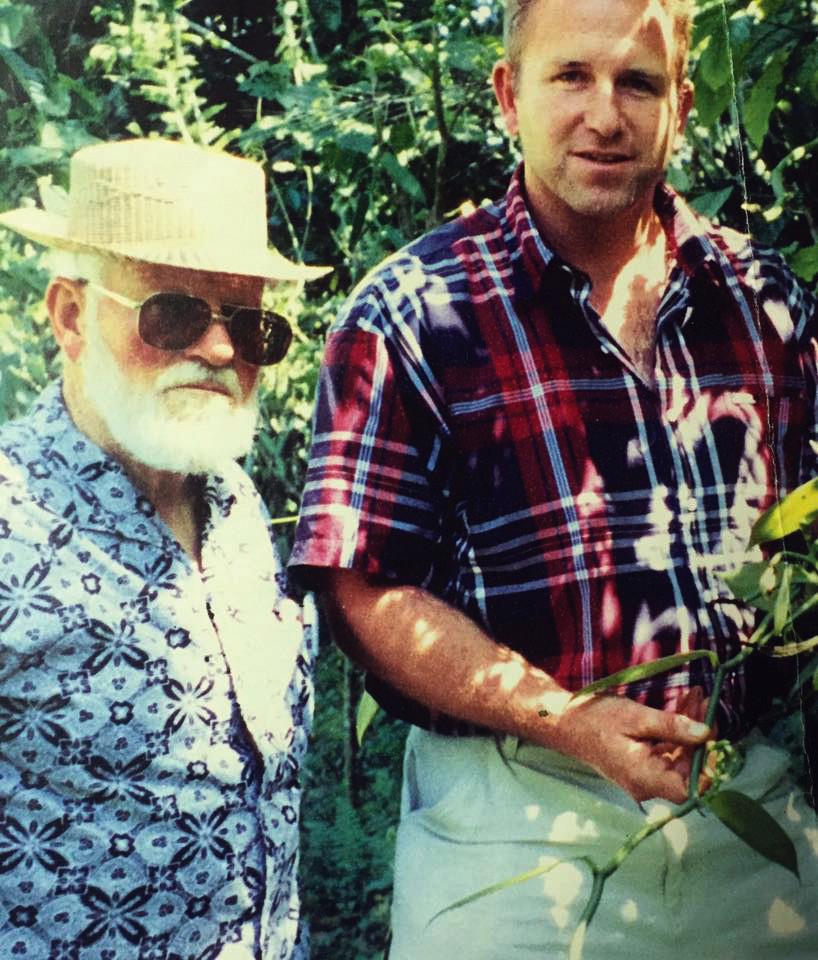 He saw the best in people. An ex-felon once stopped by the factory, and instead of turning him away, Dad welcomed him, gave him jobs, and was his friend for many years. Once some neighborhood boys threw rocks at the windows of his car outside the factory. He tracked them down, had them do chores in payment for the windows, gave them a stern lecture and then took them out for ice cream cones. Into their college years and after, they’d come by the plant to visit him.

Dad developed all his own formulas, sourced his own materials, designed his own equipment. He always moved in a positive direction. He worked for 55 years in his own business. In his last years, after the traveling stopped, he worked in the office, talking to his customers. We remember him spending hours on the phone with a mail order customer who had bought 4 ounces of vanilla and called with a question.

He was proud that Cook’s and Lochhead are a family business, because family was what he worked and lived for. 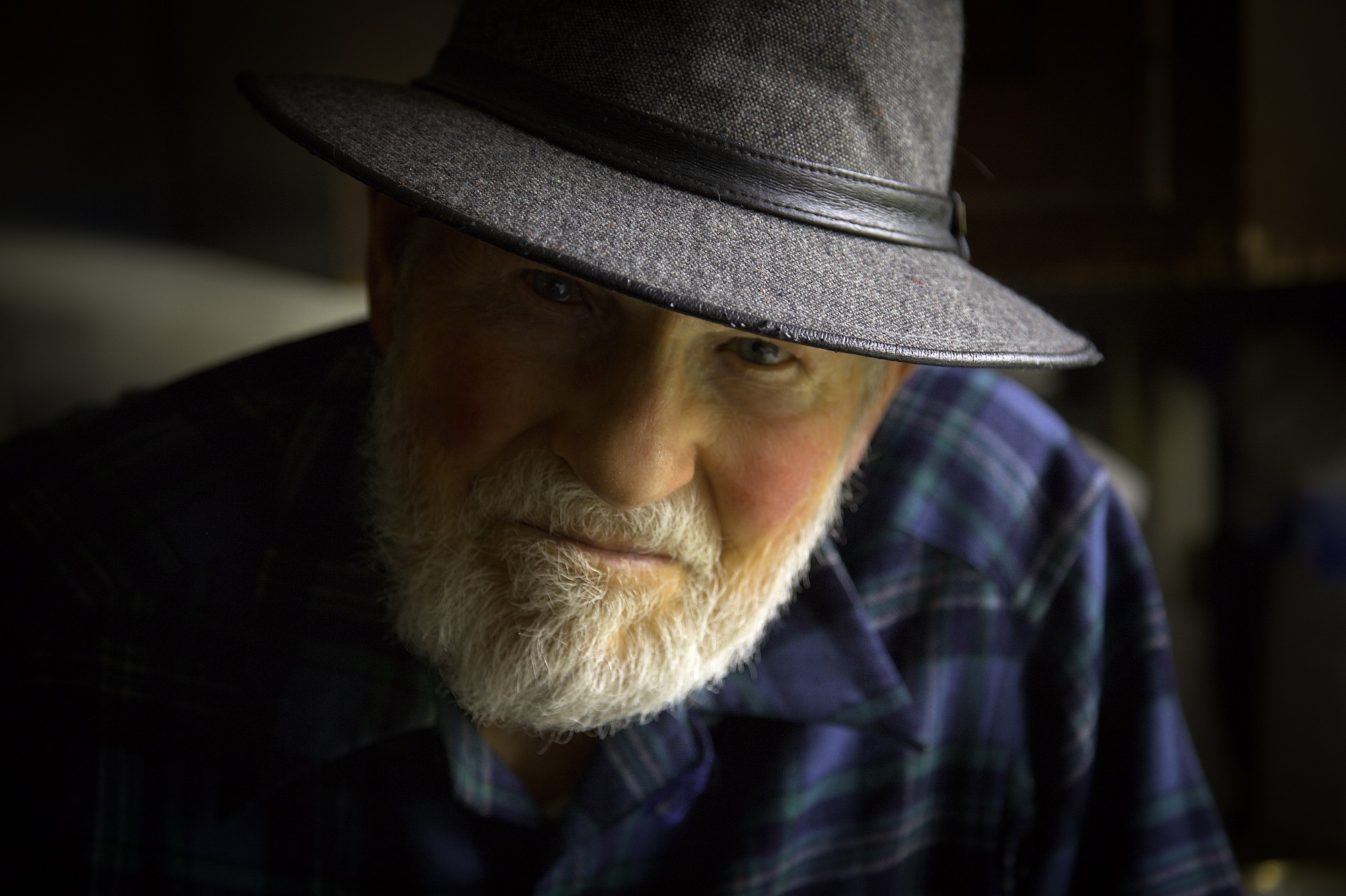 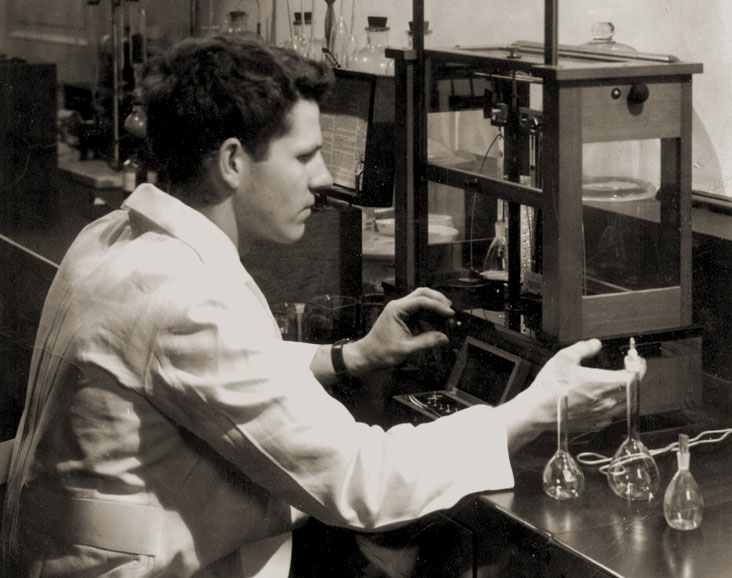 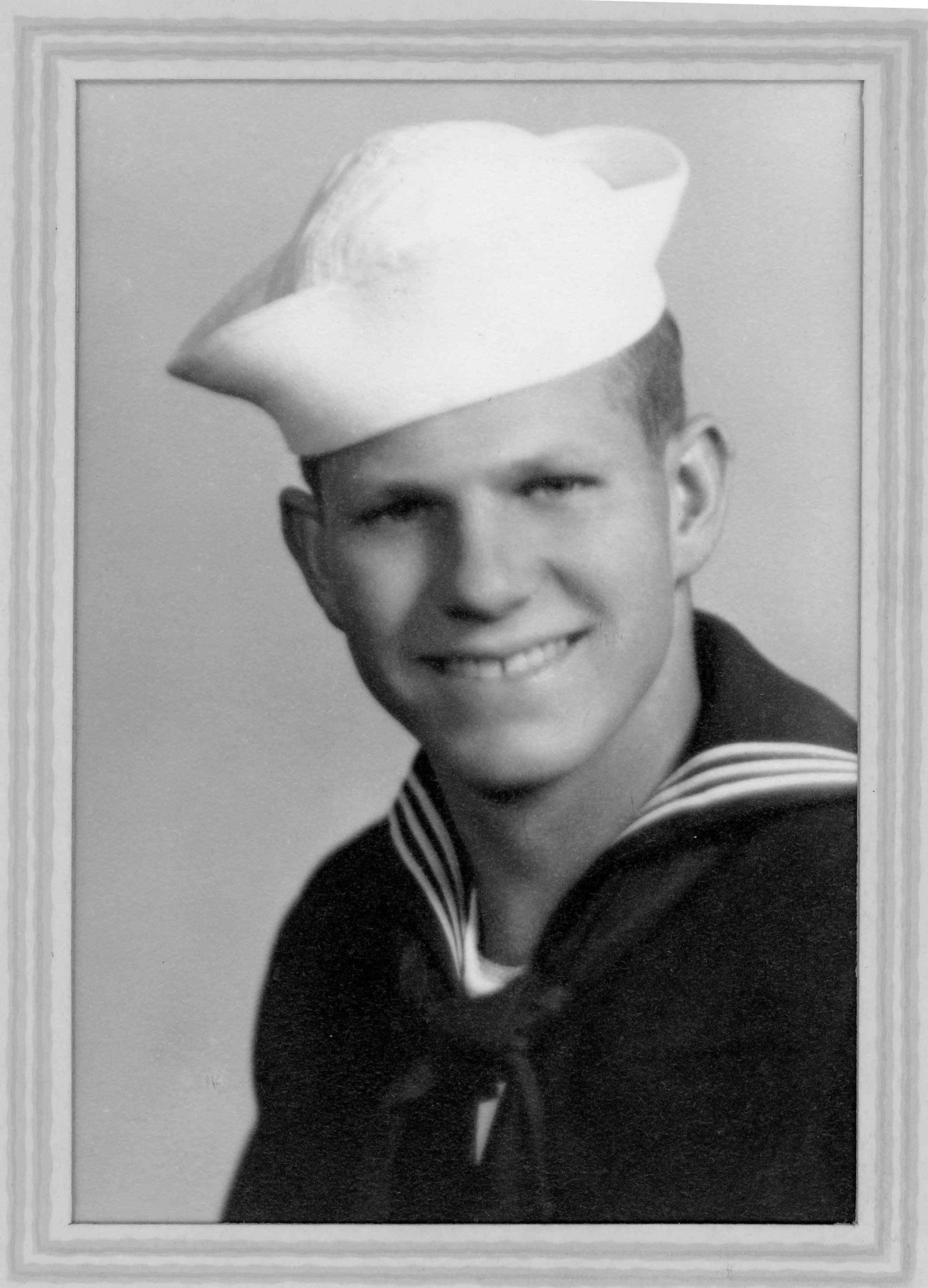 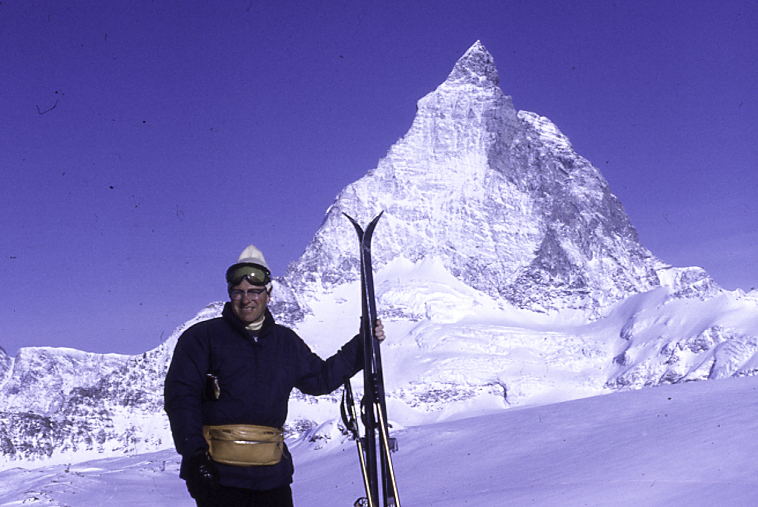 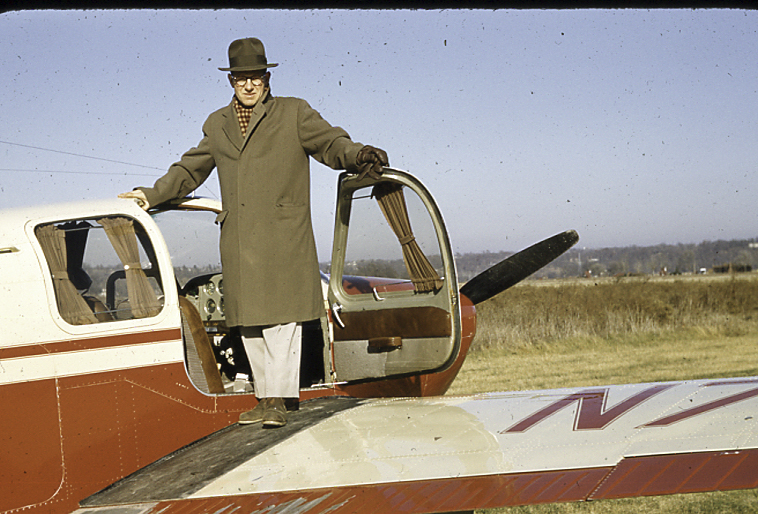